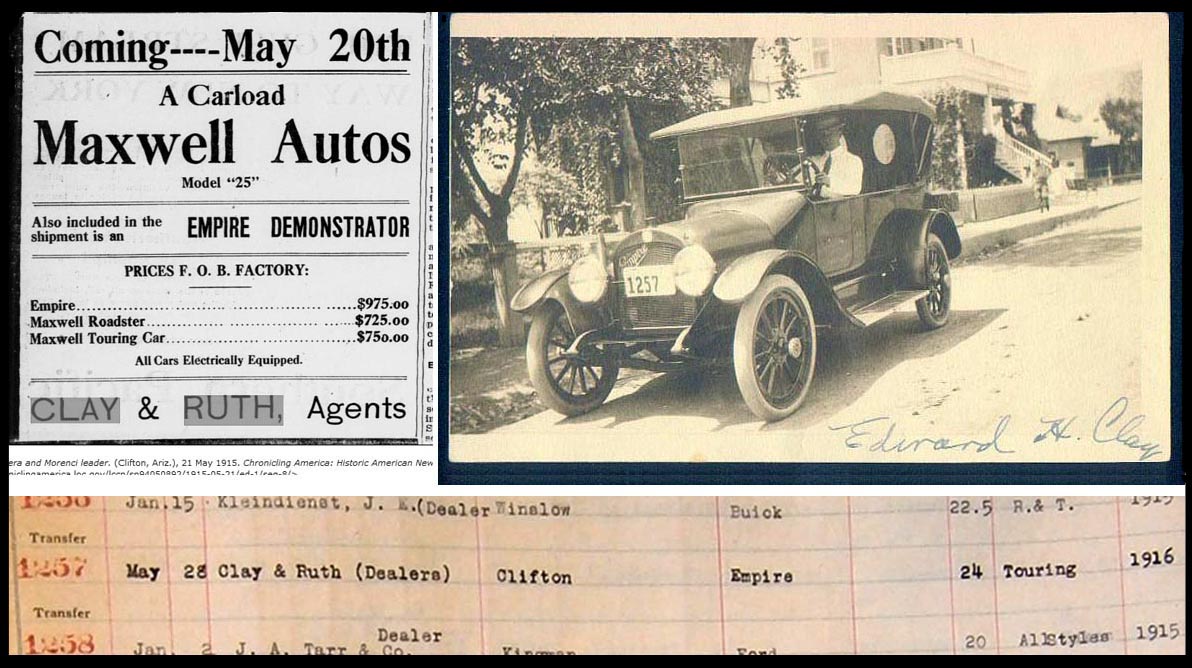 The newspaper ad at left published in a local Clifton Arizona paper on May 21, 1915 gave notice of a new arrival of autos. Included was the mention of a Empire
demonstrator. The auto did arrive and was registered within a week with number 1257. Later its image was used for a post card. Clay and Ruth were well known
for their road construction business. But their attempt at dealing cars was short-lived as they were no longer in the car business just two months later.